Some notes from Jane Jones – who has written the script for our next production.

The restoration period was an age when countless people were reinventing themselves and claiming fortunes after the Interregnum. Mary was no exception. I am fascinated with interesting female characters. Emma Hamilton, Matilda Hacker. Mary was another woman who, now forgotten should be celebrated for her chutzpah in seeking a better life and becoming the talk of London during the reign of Charles II, or Old Rolly as he was called at the time… named apparently after his stallion who was used as a stud horse.

So, who was Mary Carleton?

Mary was born in Canterbury in 1642. Her father was a chorister at Canterbury Cathedral. She was apparently well educated and maybe went to school with Affra Behn. Who knows? It was said she spoke several languages and spent her youth reading romantic novels and dreaming of marrying a prince or a lord.

However, in reality, she bigamously marries a shoemaker (who she left with 2 infants), a surgeon and a lawyer and assumed numerous other aliases. She seems to have been the mistress of reinvention and deceit, most famously fleeing to Germany where she invents Maria Von Walway, a German Princess. She is thrice accused of bigamy and became infamous garnering such public interest with admirers including Samuel Pepys.

So, this Canterbury girl certainly led a colourful life, which also included a spell in Jamaica (penal servitude) and in contrast, performed on the London stage (playing herself), such was her notoriety!

But what befalls Mary, who was nicknamed at the time ‘The Crafty Whore of Canterbury’?

The Really Promising Company is a community performing arts company based in East Kent.

We aim to create original and innovative musicals with Kentish themes.

We warmly welcome new members and we have an all-inclusive, no audition policy. 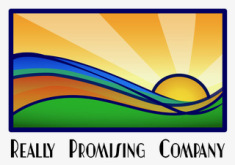